Who Is This Jesus? 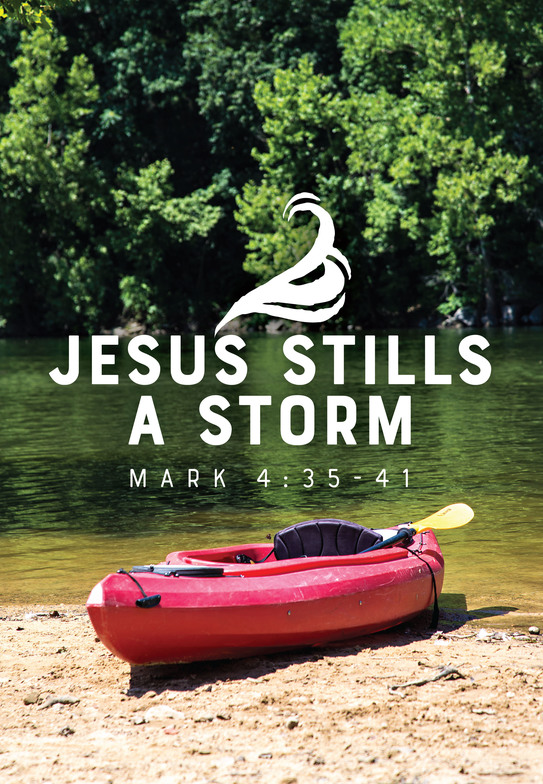 Who Is This Jesus?

On that day, when evening had come, he said to them, “Let us go across to the other side.” And leaving the crowd behind, they took him with them in the boat, just as he was. Other boats were with him. A great windstorm arose, and the waves beat into the boat, so that the boat was already being swamped. But he was in the stern, asleep on the cushion; and they woke him up and said to him, “Teacher, do you not care that we are perishing?” He woke up and rebuked the wind, and said to the sea, “Peace! Be still!” Then the wind ceased, and there was a dead calm. He said to them, “Why are you afraid? Have you still no faith?” And they were filled with great awe and said to one another, “Who then is this, that even the wind and the sea obey him?” (Mark 4:35-41)

By this time, according to Mark, the disciples had been following Jesus for a while. They had seen him heal a man with an unclean spirit as well as many who were sick with various diseases, preach and teach in various synagogues, eat with “tax collectors and sinners.” cleanse a leper, heal a paralytic, and begin teaching about the kingdom of God through parables. They were traveling with Jesus and still getting to know who he was.

He invites them to cross to the other side of the Sea of Galilee in a boat. Other boats accompanied them, Mark says. And a great windstorm arose, and the boat was very quickly beginning to sink. “But [Jesus] was in the stern, asleep on the cushion…” (Mark 4:38a)

How was he able to sleep through all of that? Who knows? There certainly was no hesitation on the part of the disciples about waking Jesus up. “Teacher, do you not care that we are perishing?” (verse 38b)

Jesus woke up, rebuked the wind, and said to the sea, “Peace! Be still!”

And the wind and the sea responded to him. (Try to imagine being there for a moment.)

He turned to the disciples. “Why are you afraid? Have you no faith?” (verse 40)

Well, they had seen enough by this point to know that Jesus was the best source of help they had available to them, in these particular circumstances.

After witnessing what Jesus did, we are told that they were filled with great awe and said to each other, “Who then is this, that even the wind and the sea obey him?” (verse 41)

The implication in the question, of course, is that Jesus was not like other people and not like other rabbis that they had known. They had seen him heal other people. Now he had saved their lives! Even though they had been hanging around with Jesus for awhile, there was still more to learn. WHO WAS HE?

When I said a short prayer in 1979, around the time I turned 22, inviting Jesus into my life, I knew almost nothing about Jesus. I only knew that some friends my age and some folks I greatly admired (who were well into their 70’s at the time) talked about Jesus as if he were their friend, and exuded a joy that I didn’t have. I had a sense of needing Jesus… needing a guide for my life… needing a Lord and Master… needing access to Someone much more powerful and wise than I. That’s all I really knew at the time.

Looking back now, I would say it was God at work in me, through the Spirit, that led me to praying that prayer in the first place. Looking back now, I would say that - as in any relationship - I have gotten to know Jesus more through staying in the relationship, trusting, asking questions, praying, listening, and stepping out - not always right away, mind you - into the path where I heard God calling me to go.

My testimony, over four decades later, is that Jesus is here for good. By that I mean at least two things: 1) Jesus has come for my good, for your good… for the good of the world. He does not lead us into harm, but is indeed the Good Shepherd, guiding us into deeper union with God, with others, with ourselves, and with creation. 2) Jesus has come for good, meaning for the duration… for ever. He is always faithful, and keeps his promise that he will be with us always, to the end of the age. (Matthew 28:20)

For some reason, as I read this passage this morning, the song “For Good” from the musical Wicked came to mind: “Because I knew you, I have been changed for good.”

Who is this Jesus - for you?